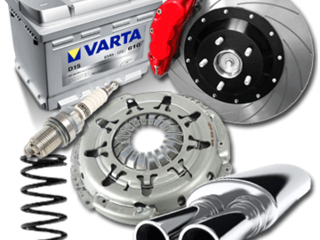 Tom had the job this week of calling around suppliers to get a cost for all the parts needed and negotiate the best possible deal. We first had a brainstorm about why it was important to get the best possible price on parts and how that would affect the profit of any potential sale

Tom wrote down the following list of parts to get prices on:

Tom’s brief was to call two of our main suppliers – Euro Car Parts & Bennetts Car Parts to see if they had the parts in stock and what the price of this part would be. After a few practice runs Tom was ready to call the suppliers.

Euro Car Parts were first. He confidentially went through the list of parts asking for trade prices. Once the assistant had confirmed the stock and price then Tom ask if there was any extra discount on the prices quoted. The representative came back with some extra savings. Tom noted these all down.

Tom then repeated the process with Bennetts Car Parts. He then compared the two lists to see who quoted the lowest prices. He worked out that Euro Car Parts were cheaper on the Fuel Filler Cap, Front Drop Links, Wheel Cylinder, Spark Plugs and Car Stereo. The remainders of the items were cheaper at Bennetts Car parts. He then called back both suppliers and ordered all the parts on the list at the best prices. The parts would be delivered to AZ Autos ready for fitting next week.

Dear Customer,
We are writing to inform you that AZ Autos after many years in Hitchin  is moving to Icknield Garage, Icknield Way, Letchworth, SG64AD on the 11th of July 2022. Although we are sad to be leaving our current location, we are also extremely excited about the prospect of this new chapter and we hope you will be part of that journey.

The new premises is convenient for both the railway station and also the town centre as well as having an onsite fuel forecourt and convenience store.
As always loan cars will be available for your convenience and  our contact details will remain the same

We are very confident that the fully refurbished new premises will enable us to offer an even higher  level of service coupled with the addition of some new and more up to date facilities. All our highly competent staff will be moving across and look forward to seeing you there.

May we also take this opportunity to thank our large existing customer base and you in particular for your support over the years and look forward to giving you the very best of service in the years to come.